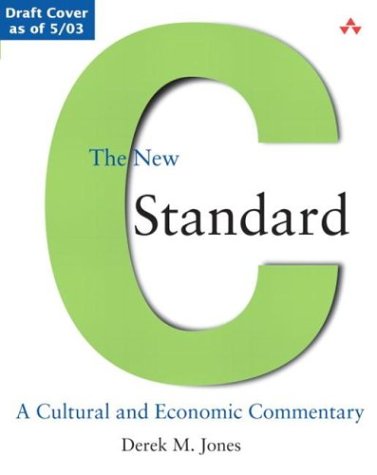 Description:
This book is about the latest version of the C Standard (ISO/IEC 9899:1999), it is structured as a detailed, systematic analysis of that entire language standard. This book is driven by existing developer practices, not ideal developer practices. Every sentence in the C Standard appears in this book. Each of these sentences are followed by a Commentary section, and sections dealing with C90, C++, Other Languages, Common Implementations, Coding Guidelines, Example, and Usage as appropriate.

Beej's Guide to Network Programming - Using Internet Sockets
by Brian Hall
A brief how-to guide on network programming using Internet sockets, written for anybody who is just starting out with socket programming. The section on Windows programming is also included. The guide is updated for IPv6.
(25216 views)

Writing Bug-Free C Code for Windows
by Jerry Jongerius - Prentice Hall
The book presents a programming style that automatically detects bugs in C code. It describes a technique that results in bug-free code from the beginning, advocating a style of coding based upon data abstraction and run-time object verification.
(18550 views)