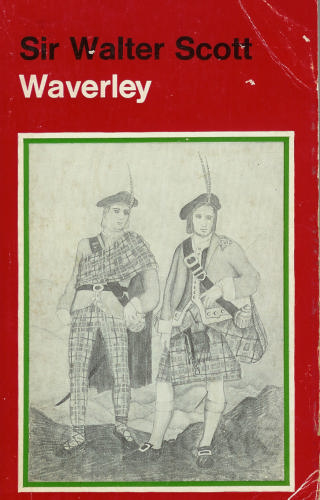 Description:
Waverley is an 1814 historical novel by Sir Walter Scott. Initially published anonymously in 1814 as Scott's first venture into prose fiction, Waverley is often regarded as the first historical novel. The novel became so popular that Scott's later novels were advertised as being "by the author of Waverley". Set during the Jacobite rising in Scotland in 1745, this novel springs from Scott's childhood recollections and his desire to preserve in writing the features of life in the Highlands and Lowlands of Scotland.

The Talisman
by Walter Scott
Set in the deserts around Syria and Palestine, Talisman is Walter Scott's classic tale of the Crusade. In Talisman, no one is who you think they are and if they are, and neither are they on the side you expect. It makes fascinating reading...
(4821 views)

Saint Ronan's Well
by Walter Scott - J.M. Dent
Set in Scotland, at the beginning of the 19th century, Scott's story turns its back upon the wars waging on the world's stage and presents a regency comedy. Meg Dodd, a sentimental virago, keeps a run-down inn in a derelict Tweedale village ...
(5176 views)

Ivanhoe
by Sir Walter Scott - A. C. McClurg & co
Chivalric novel, skillful blend of historic reality, high adventure and chivalric romance in Medieval England. Ivanhoe returns from the Crusades and defendedst Rebecca against a charge of witchcraft, but Lady Rowena is his true love.
(14180 views)

The Black Dwarf
by Sir Walter Scott - DeWolfe, Fiske
The story is set just after the Union of Scotland and England (1707). The dwarf is Sir Edward Mauley, a hermit regarded by the locals as being in league with the Devil, who becomes embroiled in a complex tale of love, revenge, and betrayal.
(7211 views)