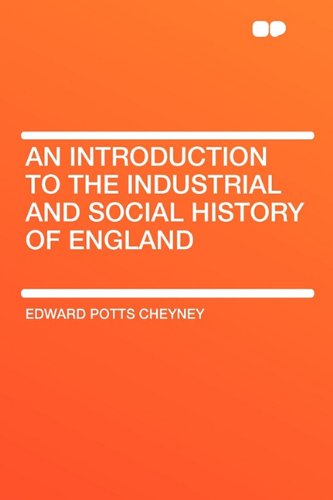 An Introduction to the Industrial and Social History of England
by Edward P. Cheyney

Description:
This is a college and high-school history textbook. It covers growth of the nation to the middle of the fourteenth century, rural life and organization, town life and organization, medieval trade and commerce, the black death and the peasants' rebellion, the breaking up of the medieval system, the expansion of England, the period of the industrial revolution, the extension of government control, the extension of voluntary association.

History of Scotland
by Margaret Macarthur - Henry Holt & Co.
Covering the History of Scotland in a concise and efficient manner, from the Gaelic Period through to the Reformation. The northern part of Great Britain is now called Scotland, but it was not called so till the Scots came over from Ireland ...
(5865 views)

The British Monarchy on Screen
by Mandy Merck - Manchester University Press
In the first book length examination of film and television representations of this enduring institution, distinguished scholars of media and political history analyze the screen representations of royalty from Henry VIII to 'William and Kate'.
(3364 views)

The History of England
by A.F. Pollard - ManyBooks
A.F. Pollard was a major force in establishing history as an academic subject in Britain. This book traces the evolution of a great empire, which has often conquered others, out of a little island which was often conquered itself.
(8222 views)