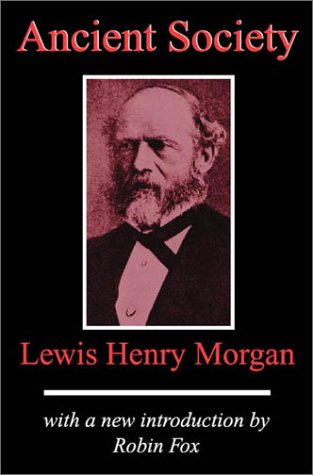 Description:
Lewis Henry Morgan studied the American Indian way of life and collected an enormous amount of factual material on the history of primitive-communal society. All the conclusions he draws are based on these facts; where he lacks them, he reasons back on the basis of the data available to him. He determined the periodization of primitive society by linking each of the periods with the development of production techniques. The “great sequence of inventions and discoveries;” and the history of institutions, with each of its three branches — family, property and government — constitute the progress made by human society from its earliest stages to the beginning of civilization. Mankind gained this progress through 'the gradual evolution of their mental and moral powers through experience, and of their protracted struggle with opposing obstacles while winning their way to civilization.'

The Origin of Man and of his Superstitions
by Carveth Read - University Press
In its first part the book explains a hypothesis that the human race has descended from some ape-like stock by a series of changes which began and, until recently, were maintained by the practice of hunting in pack for animal food.
(15230 views)

The Book of Were-Wolves
by S. Baring-Gould
You may rethink your non-belief in werewolves after reading this detailed study by folklorist Sabine Baring-Gould. He takes you on a journey from medieval times to more modern days, examining old folk tales, public records, medical facts, and more.
(3750 views)