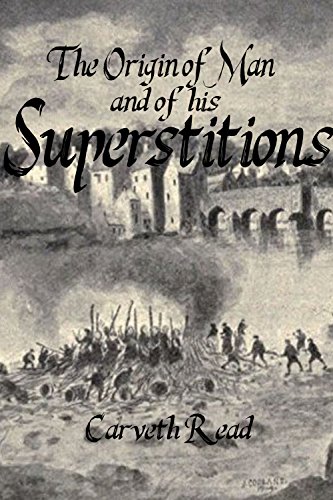 The Origin of Man and of his Superstitions
by Carveth Read

Description:
The book explains in its'f first part an hypothesis that the human race has descended from some ape-like stock by a series of changes which began and, until recently, were maintained by the practice of hunting in pack for animal food, instead of being content with the fruits and other nutritious products of the tropical forest.

The Maya Indians of Southern Yucatan and Northern British Honduras
by Thomas W.F. Gann - Washington, Govt. print. off.
The southern and eastern parts of Yucatan, from Tuluum in the north to the Rio Hondo in the south, are occupied by two tribes of Maya Indians, the Santa Cruz and Icaiche or Chichanha. The number of Santa Cruz was estimated in 1895 at about 8,000.
(4526 views)

Guts and Brains: An Integrative Approach to the Hominin Record
by Wil Roebroeks (ed.) - Leiden University Press
The book discusses the relationship between brain size and diet, diet and social organization, and large brains and the human sexual division of labour. This volume provides an entry into understanding the development of our own species.
(5318 views)

The Story of the British Race
by John Munro - D. Appleton and Company
The book brings the important views of modern anthropologists before the general public in familiar language. It will tend to destroy some errors regarding the origin and pedigree of the nation which have infected life and literature for ages.
(10753 views)