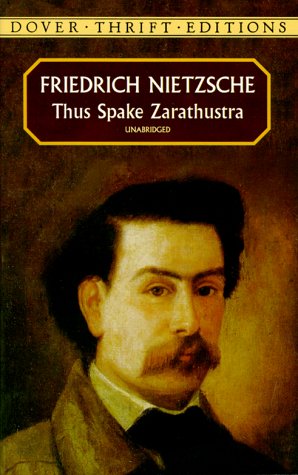 Description:
Treatise in four parts, it is the first thorough statement of Nietzsche's philosophy and the masterpiece of his career. Its influence since his death has been considerable, in the arts as well as philosophy. Written in the form of a prose narrative, the book offers the philosophy of its author through the voice of Zarathustra who has come down from a mountain to offer his wisdom to the world. In this work Nietzsche made his famous statement that 'God is dead' and presented some of the most influential and well-known ideas of his philosophy, including those of the Uebermensch and the 'will to power'.

The Life After Death
by C. W. Leadbeater - Adyar
Subject of life after death is one of the great interest to all of us. This is an exemplary study of the afterlife as taught by mystics from time immemorial to present day. C. W. Leadbeater was a leader in the Theosophical movement.
(21264 views)

Theory of the Person
by Antonio Mercurio - Sophia University of Rome
Do we really know what meaning to give to the term PERSON? In this book, the author proposes the following answer: a PERSON is a spiritual, unifying principle that is endowed with its own freedom and its own identity, it is an end unto itself...
(8391 views)

Modelling Rationality... and Beyond the Physics
by Gh. C. Dinulescu-Campina - American Research Press
The author is convinced that the Platonic theory of reminiscence is not a mere speculation, and the meaning of the spirit of science is the expression of a natural phenomenon which in the sense of the MESER concept is called revelation.
(14914 views)