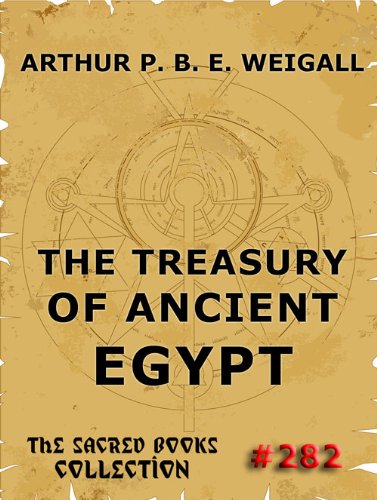 The Treasury of Ancient Egypt
by Arthur E. P. B. Weigall

Description:
This volume contains twelve chapters written at various times and in various places each dealing with some subject drawn from the great treasury of Ancient Egypt. Sir Arthur Weigall (1880-1934) was an English Egyptologist, journalist and author. A youthful fascination with genealogy led him to the pharaohs of Ancient Egypt and so into Egyptology. At Luxor, Weigall threw himself with immense energy into aspects of the job that in his view had been somewhat neglected-the protection and conservation of monuments that were steadily vanishing into the ravenous markets of Europe and North America.

Ancient Egypt
by George Rawlinson - T. Fisher Unwin
In shape Egypt is like a lily with a crooked stem. A broad blossom terminates it at its upper end; a button of a bud projects from the stalk a little below the blossom. The broad blossom is the Delta, extending a direct distance of 180 miles.
(9726 views)

Cleopatra: A Study
by Henry Houssaye - Duprat & Co.
For twenty years she maintained the independence of Egypt. It was done by mere womanly means -- intrigue, gallantry, grace, and weakness. If her renown is immortal, it is because she is the heroine of the most dramatic love-story of antiquity.
(3947 views)

Egyptian Pyramids: An Analysis of a Great Mystery
by Everett W. Fish - E. W. Fish
No problem of the present age so fully deserves the title 'A GREAT MYSTERY' as that which is involved in the origin and interpretation of the Great Pyramid and its lesser companions. They all belong to one epoch and to one race of invaders ...
(5492 views)