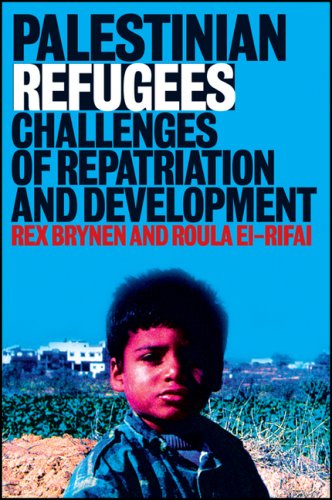 Description:
The Palestinian refugee issue remains a central component of the Arab-Israeli conflict. In this book, bringing together the most cutting-edge research from various disciplines, Rex Brynen and Roula El-Rifai explore the demographic and developmental challenges that the return of refugees to a future Palestinian state would generate. As well as outlining the social conditions of Palestinian refugee populations, the book addresses key practical questions, such as how the repatriation of refugees would affect the Palestinian economy and how the international community can effectively support the repatriation of refugees.

Human Rights in the Age of Platforms
by Rikke Frank Jorgensen - The MIT Press
Contributors from across law and media studies examine the state of human rights in today's platform society. The authors consider the 'datafication' of society, including the economic model of data extraction and the conceptualization of privacy.
(3593 views)

Discrimination at Work: Comparing European, French, and American Law
by Marie Mercat-Bruns - University of California Press
Powerful and incisive, the book examines issues such as racial and religious bias, sexual harassment, gender discrimination, and equality for LGBT individuals, highlighting comparisons that will further discussions on human rights across borders.
(4566 views)

Can Human Rights Survive?
by Conor Gearty - Cambridge University Press
In this set of three essays, originally presented in 2005, Conor Gearty considers whether human rights can survive the challenges of the war on terror, the revival of political religion, and the steady erosion of the world's natural resources.
(6233 views)