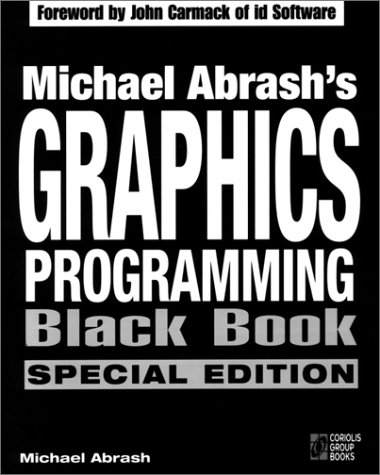 Description:
This is a collection of the author's previous books on assembly language and graphics programming, as well as past columns for Dr. Dobb's magazine. Though much of the book is out-of-date by now, the reader can see some of the author's tendencies: -a reliance on profiling in order to test code, and creative thinking to improve performance wherever possible. The last few chapters explore the technology behind the popular Doom and Quake 3-D games by id Corporation. Optimized solutions to 3-D graphics problems from texture mapping, hidden surface removal, and Binary Space Partitioning trees are explained. This book is clearly targeted at game developers and serious assembly language programmers.

Cross-Platform GUI Programming with wxWidgets
by Julian Smart, Kevin Hock, Stefan Csomor - Prentice Hall PTR
wxWidgets is a free C++ API for writing GUI applications. This book is the best way for beginning developers to learn wxWidgets programming in C++. It is a must-have for programmers thinking of using wxWidgets and those already using it.
(19201 views)

Programming Vertex, Geometry, and Pixel Shaders
by Wolfgang Engel, et al.
This reference covers the advanced rendering techniques important for graphics programmers in the game and film industries, and will help them implement these techniques with DirectX 10. Intended for people with background in DirectX8 or DirectX9.
(16388 views)

Physically Based Rendering: From Theory to Implementation
by Matt Pharr, Wenzel Jakob, Greg Humphreys - Morgan Kaufmann
The book describes both the mathematical theory behind a modern photorealistic rendering system as well as its practical implementation. The book shows how to design a full-featured rendering system capable of creating creating stunning imagery.
(1859 views)