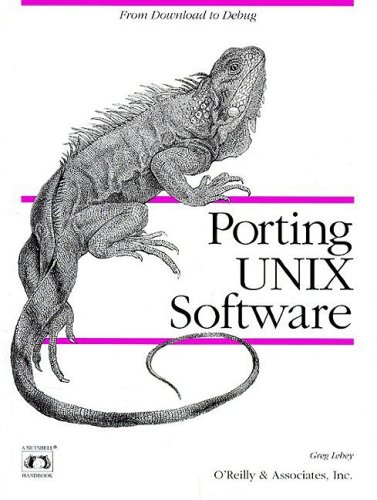 Description:
This book deals with the whole life cycle of porting, from setting up a source tree on your system to correcting platform differences and even testing the executable after it's built. The book exhaustively discusses the differences between versions of UNIX and the areas where porters tend to have problems.

AIX Reference for Sun Solaris Administrators
by IBM Redbooks - Vervante
This book is written for Sun Solaris administrators who wants to transfer their knowledge of Solaris UNIX skills to the AIX 5L operating system. This redbook will basically compare system administration tasks in Solaris 8 to AIX 5L Version 5.1.
(8692 views)

Guide to Unix
- Wikibooks
This book is a guide to Unix and Unix-like operating systems, such as GNU/Linux and *BSD. The book targets Unix or non-Unix users seeking background, Unix system users, and Unix system administrators (background and administrator instructions).
(8984 views)

Secure Programming for Linux and Unix HOWTO
by David A. Wheeler
The book provides a set of design and implementation guidelines for writing secure programs for Linux and Unix systems. This document includes specific guidance for a number of languages, including C, C++, Java, Perl, Python, and Ada95.
(15429 views)