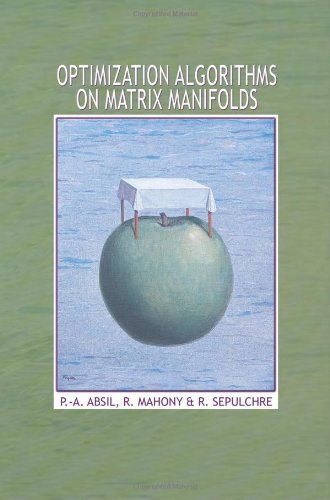 Description:
Many problems in the sciences and engineering can be rephrased as optimization problems on matrix search spaces endowed with a so-called manifold structure. This book shows how to exploit the special structure of such problems to develop efficient numerical algorithms. It places careful emphasis on both the numerical formulation of the algorithm and its differential geometric abstraction--illustrating how good algorithms draw equally from the insights of differential geometry, optimization, and numerical analysis.

Special Course in Functional Analysis: (Non-)Commutative Topology
by Ville Turunen - Aalto TKK
In this book you will learn something about functional analytic framework of topology. And you will get an access to more advanced literature on non-commutative geometry, a quite recent topic in mathematics and mathematical physics.
(10455 views)

Manifolds and Differential Forms
by Reyer Sjamaar - Cornell University
The text covers manifolds and differential forms for an audience of undergraduates who have taken a typical calculus sequence, including basic linear algebra and multivariable calculus up to the integral theorems of Green, Gauss and Stokes.
(11840 views)