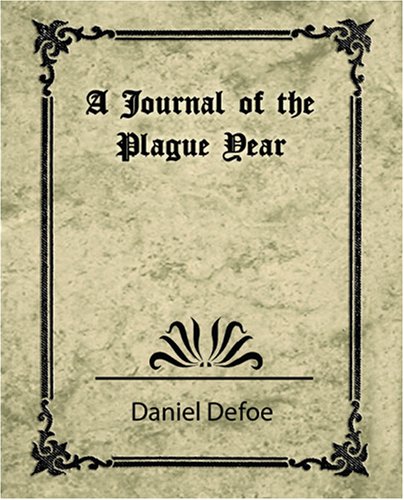 A Journal of the Plague Year
by Daniel Defoe

Description:
Defoe's account of the bubonic plague that swept London in 1665 remains as vivid as it is harrowing. Based on Defoe's own childhood memories and prodigious research, A Journal of the Plague Year walks the line between fiction, history, and reportage. In meticulous and unsentimental detail it renders the daily life of a city under siege.

The Life Adventures and Piracies of the Famous Captain Singleton
by Daniel Defoe - W. Scott
This novel was partly inspired by the exploits of English pirate Henry Every. The narrative describes the life of an Englishman, stolen from a well-to-do family as a child and raised by Gypsies who eventually makes his way to sea.
(4080 views)

The History of the Devil
by Daniel Defoe - Project Gutenberg
Containing a State of the Devil's Circumstances, and the various Turns of his Affairs; from his Expulsion out of Heaven, to the Creation of Man; with Remarks on the Several Mistakes concerning the Reason and Manner of his Fall.
(9722 views)

The Further Adventures of Robinson Crusoe
by Daniel Defoe - Pennsylvania State University
This book is widely considered to be one of the greatest books of all time, it will surely attract a whole new generation of readers. If you enjoy reading timeless pieces of classic literature, this gem by Daniel Defoe is highly recommended.
(10237 views)

Robinson Crusoe
by Daniel Defoe - Seeley, Service & Co. Limited
Robinson Crusoe, set ashore on an island after a storm at sea, is forced to make do with only a knife and a pipe. He learns how to build a canoe, make bread, and endure endless solitude. 24 years later he confronts another human being.
(11235 views)