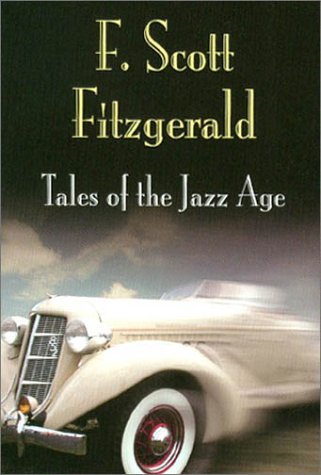 Tales from the Jazz Age
by F. Scott Fitzgerald

Description:
Though most widely known for the novella The Great Gatsby, F. Scott Fitzgerald gained a major source of income as a professional writer from the sale of short stories. His second short fiction collection, Tales of the Jazz Age (1922), includes two masterpieces as well as several other stories from his earlier career. All of these stories, like his best novels, meld Fitzgerald's fascination with wealth with an awareness of a larger world, creating a subtle social critique.

Flappers and Philosophers
by F. Scott Fitzgerald - C. Scribner's Sons
This is a collection of stories from the literary master of the gilded age. Includes The Ice Palace, Bernice Bobs Her Hair, Benediction, The Offshore Pirate, The Cut-Glass Bowl, Dalyrimple Goes Wrong and other classic stories.
(8369 views)

Tender is the Night
by F. Scott Fitzgerald - Feedbooks
The story of the rise and fall of Dick Diver, a promising young psychoanalyst and his wife, Nicole, who is also one of his patients. This was Fitzgerald's first novel in nine years, and the last that he would complete, published in 1933.
(7227 views)