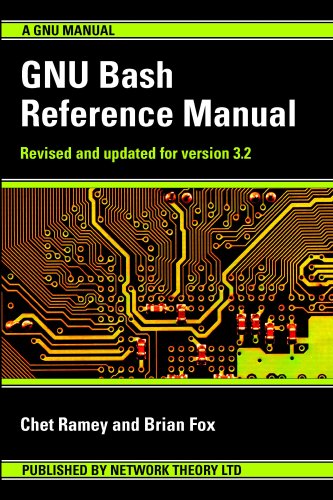 Description:
This text is a brief description of the features that are present in the Bash shell. GNU Bash is a complete implementation of the POSIX.2 shell specification (/bin/sh), with additional features from the C-shell (csh) and Korn shell (ksh). Most Bourne shell scripts can be run by Bash without modification.

MH and xmh: Email for Users and Programmers
by Jerry Peek - O'Reilly
This book explains how to use, customize, and program with MH electronic mail commands, available on virtually any UNIX system. MH is notable for its flexibility: you'll be able to do things you never thought you could do with an email program.
(6693 views)

Learning the vi editor
- Wikibooks
vi is a powerful editor that is ubiquitous amongst Unix and Unix-like operating systems, but is available on many other operating systems. Even if you use another editor you must have a passing knowledge of vi as an administrator.
(11895 views)

Guide to X11
by Steve Ambler, et al. - Wikibooks
This book is about the X Window System. Some users describe it as the Unix and Linux graphics drivers. X11 is the graphical environment for Unix or Unix-like systems, including *BSD and GNU/Linux; it provides access to screen, keyboard, and mouse.
(6024 views)