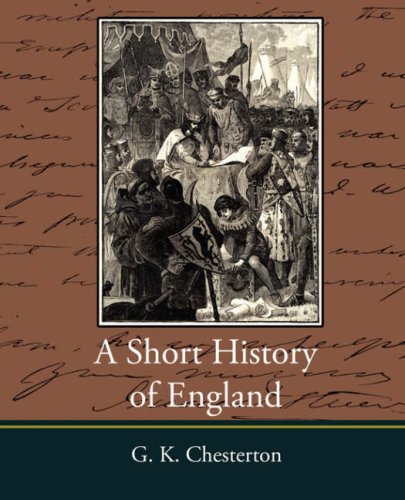 A Short History of England
by G. K. Chesterton

Description:
This volume covers quickly, yet completely, the history of England from early Roman times to the time of the Great War, World War I. Gilbert Keith Chesterton is certainly one of the most entertaining, and important, authors in the English language. This book can really be seen as a layman's philosophical representation of the great arc of English history.

Haunted London
by Walter Thornbury - Chatto & Windus, Piccadilly
This book deals less with the London of the ghost-stories, than with the London consecrated by manifold traditions -- a city every street of which teems with interesting associations: this London of the present haunted by the memories of the past.
(5840 views)

A Short History of Wales
by Owen Edwards - T. Fisher Unwin Ltd.
Sir Owen M. Edwards was a historian, who wrote a number of books on Welsh history. An educationalist and a prolific writer, in this book he intended to arouse interest among the people of Wales in their own language and history.
(8320 views)

The British Monarchy on Screen
by Mandy Merck - Manchester University Press
In the first book length examination of film and television representations of this enduring institution, distinguished scholars of media and political history analyze the screen representations of royalty from Henry VIII to 'William and Kate'.
(3741 views)