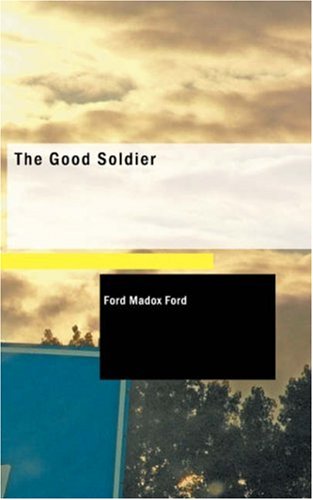 Description:
Handsome, wealthy, and a veteran of service in India, Captain Edward Ashburnham appears to be the ideal "good soldier" and the embodiment of English upper-class virtues. But for his creator, Ford Madox Ford, he also represents the corruption at society's core.

Dreamy Hollow
by Sumner Charles Britton - World Syndicate Company, Inc.
Drury Villara suddenly retired and went to live in Dreamy Hollow, the home he built for the girl he was to marry, with hopes that the spirit of her dead body would be hovering around it. He is thoroughly convinced that 'there is no death' ...
(5708 views)

Sartor Resartus
by Thomas Carlyle
An introduction to a strange history of clothing by the German Professor of Things in General, Diogenes Teufelsdrockh; its deeper concerns are social injustice, the right way of living in the world, and large questions of faith and understanding.
(7042 views)

Juggernaut
by George Cary Eggleston, Dolores Marboug - Fords, Howard & Hulbert
Edgar Braine was never so blithe in all his life as on the morning of his suicide. Years after, in the swirl of his extraordinary career, the memory of that June morning, and of the mood in which he greeted it, would rush upon him as a flood.
(7734 views)