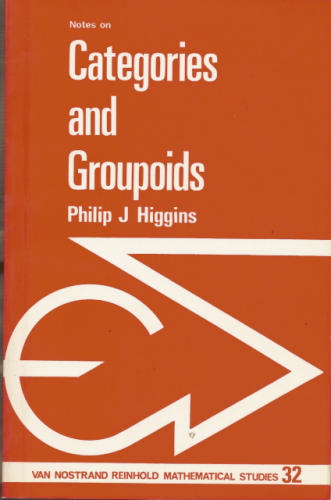 Notes on Categories and Groupoids
by P. J. Higgins

Description:
This book presents a self-contained account of the elementary theory of groupoids and some of its uses in group theory and topology. Category theory appears as a secondary topic whenever it is relevant to the main issue, and its treatment is by no means systematic.

Galois Groups and Fundamental Groups
by Leila Schneps - Cambridge University Press
This book contains eight articles which focus on presenting recently developed new aspects of the theory of Galois groups and fundamental groups, avoiding classical aspects which have already been developed at length in the standard literature.
(12296 views)

Groups and Semigroups: Connections and Contrasts
by John Meakin - University of Nebraska-Lincoln
In the present paper, I will discuss some of these connections between group theory and semigroup theory, and I will also discuss some rather surprising contrasts between the theories. I will focus primarily on the theory of inverse semigroups.
(8215 views)

An Introduction to the Theory of Groups of Finite Order
by Harold Hilton - Oxford Clarendon Press
This book aims at introducing the reader to more advanced treatises and original papers on Groups of finite order. The subject requires for its study only an elementary knowledge of Algebra. I have tried to lighten for him the initial difficulties.
(5059 views)