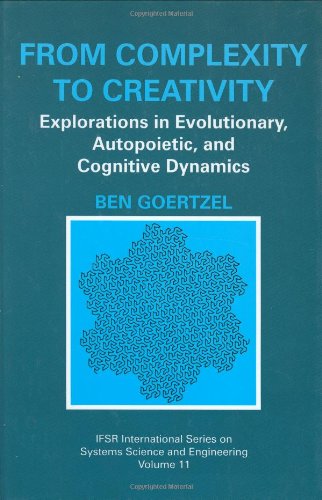 From Complexity to Creativity
by Ben Goertzel

Description:
This groundbreaking text applies the concepts of complexity science to provide a unified scientific explanation of all aspects of human creativity. The book clearly describes the psynet model that integrates ideas from computer science, mathematics, neurobiology, philosophy, and cognitive and personality psychology. Goertzel shows how common computer science algorithms, such as neural nets and genetic algorithms, fit into the mental and creative process, and proposes that the understanding of mathematics must be extended to successfully deal with the mind's workings.

The Varieties Of Religious Experience: A Study In Human Nature
by William James - Longmans
Considering religion as it is felt in everyday life, James undertook a project that stands not only as one of the most important texts on psychology ever written, but for many critics one of the best works of nonfiction written in the 20th century.
(17411 views)

Cognitive Psychology and Cognitive Neuroscience
- Wikibooks
This is a textbook on cognitive psychology, a psychological science which is interested in various mind and brain related subfields such as cognition, the mental processes that underlie behavior, reasoning and decision making.
(17089 views)