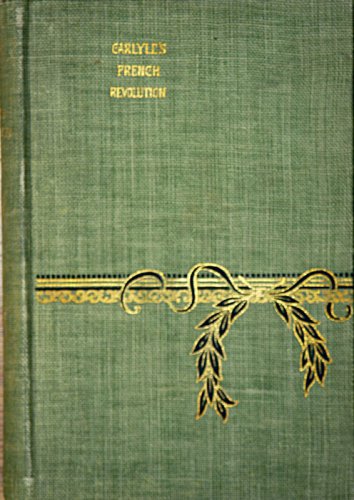 The French Revolution
by Thomas Carlyle

Description:
Written in 1837 by a Scottish-born British historian and essayist who was a leading figure in the Victorian era. The French Revolution was written in dramatic language bringing the history of the revolution alive in a way that few historians have ever done.

A Short History of France
by Mary Platt Parmele - Charles Scribner's Sons
A short history of France from Julius Caesar's conquest of Gaul to Third French Republic. The style is a flowing narrative that ties together the various historical events of the country in easy to read, comprehensive text ...
(4780 views)

The Life of Joan of Arc
by Anatole France - ManyBooks
Thoroughly researched with a wealth of references, Anatole France sought to bring a rationalist viewpoint to the legendary French heroine and to examine and, where necessary, overturn the superstitious additions to her history.
(5116 views)

The French Revolution and the Birth of Modernity
by Ferenc Fehér - University of California Press
These essays characterize the Great Revolution as the dawn of the modern age, the grand narrative of modernity. The scope of issues is extremely broad, ranging from the analyzes of the class character of 1789 to the Cult of the Supreme Being.
(11601 views)

The French Revolution
by Hilaire Belloc - Project Gutenberg
The object of these pages is not to recount once more the history of the Revolution. Their object is rather to lay, if that be possible, an explanation of it before the English reader; so that he may understand both what it was and how it proceeded.
(8828 views)