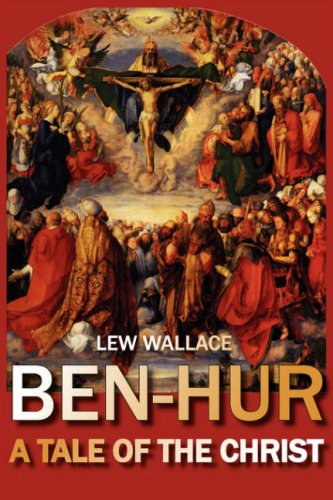 Ben-Hur: A Tale Of The Christ
by Lew Wallace

Description:
One of the most popular and beloved 19th century American novels. This faithful New Testament tale combines the events of the life of Jesus with grand historical spectacle in the exciting story of Judah of the House of Hur, a man who finds extraordinary redemption for himself and his family.

Dangerous Days
by Mary Roberts Rinehart - Feedbooks
The darkening storm of the first World War threatens to tear apart the lives of a group of friends. At the eye of the storm is Clayton Spencer, an ambitious businessman, who must risk everything to be with the woman he loves.
(6655 views)

From Kingdom to Colony
by Mary Devereux - Little, Brown, and Co.
When William, Duke of Normandy, invaded England in 1066, and achieved for himself the title of 'Conqueror', one of those who accompanied him was Robert D'Evreux, younger son of Earl of Rosmar, feudal owner of the town of his name in Normandy...
(5661 views)

The Scottish Chiefs
by Jane Porter - C. Scribner's Sons
Rooted in political controversy, violence, and revolution, this is the epic story of William Wallace's struggle for Scottish independence from English rule. After the cruel death of his wife, Wallace embarks on a patriotic crusade to free Scotland.
(6887 views)

The Provost
by John Galt - T.N. Foulis
The Provost consists of the historical views of 18th century. Galt describes various interesting affairs in which the Provost is personally engaged during his magisterial life. This is truly engrossing book, heralded as author's true masterpiece.
(9767 views)