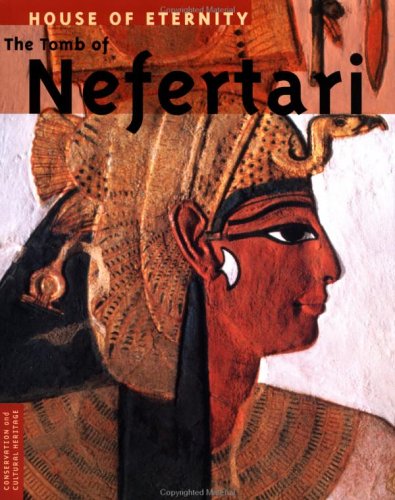 House of Eternity: The Tomb of Nefertari
by John McDonald

Description:
In 1904, the tomb of Nefertari, great wife of Rameses II, was discovered in the Valley of the Queens at Thebes. The beautifully structured House of Eternity is replete with full-color photographs of the contrasting desert landscape, the elaborate tomb, and the paintings. Included are explanations of the hieroglyphs and artwork, plus interesting snippets from Nefertari's culture.

Michelangelo
by Romain Rolland - Duffield & Company
The life of Michelangelo offers a striking example of the influence that a great man can have on his time. Michelangelo burst like a thunder-storm into the heavy, overcharged sky of Florence. He captured painting, sculpture, architecture and poetry.
(9725 views)

A History of Art in Ancient Egypt
by C. Chipiez, G. Perrot - Chapman and Hall
These volumes are the first instalment of an undertaking which has for its aim the history and critical analysis of that great organic growth which, beginning with the Pharaohs and ending with the Roman Emperors, forms what is called Antique Art.
(5854 views)

Greek Art from Prehistoric to Classical
by Michael Norris, at al. - Metropolitan Museum of Art
This book was designed not only to introduce a collection of Greek art to teachers and their students, but also to provide them with a general grounding in ancient Greek culture, from the prehistoric period to the end of the Classical age.
(9475 views)