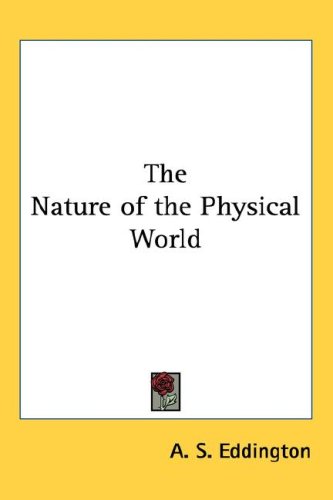 The Nature of the Physical World
by Arthur S. Eddington

Description:
The course of Gifford Lectures that Eddington delivered in the University of Edinburgh in January to March 1927. It treats of the philosophical outcome of the great changes of scientific thought which have recently come about. The theory of relativity and the quantum theory have led to strange new conceptions of the physical world; the progress of the principles of thermodynamics has wrought more gradual but no less profound change.

Unfolding the Labyrinth: Open Problems in Mathematics, Physics, Astrophysics
by Florentin Smarandache, at al. - arXiv
Throughout this book, the authors discuss some open problems in various branches of science, including mathematics, theoretical physics, astrophysics, geophysics, etc. Some parts of these problems may be found useful for scholarly stimulation.
(18264 views)

What is Motion
by Boris Dmitriev - QuantaOfMotion.com
The author created the universal theory of motion meeting the requirements of natural science that continuously grow. A reader is supposed to have sufficient knowledge of general problems of modern physics to comprehensively read this study.
(20317 views)

The Dimensional Structure of Consciousness
by Samuel Avery - Compari
A radical interpretation of modern physics. Rather than consciousness existing in space and time, it is suggested that the strange phenomena associated with quantum physics are better understood if space and time are structures within consciousness.
(10096 views)