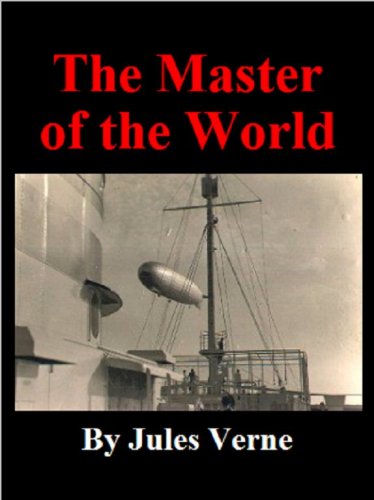 The Master Of The World
by Jules Verne

Description:
A series of unexplained happenings occur across the eastern United States, caused by objects moving with such great speed that they are nearly invisible. The first-person narrator John Strock, head inspector in the federal police department in Washington, DC, travels to the Blue Ridge Mountains of North Carolina to investigate.

The Underground City
by Jules Verne - Project Gutenberg
Receiving a letter from an old colleague, mining engineer James Starr sets off for the old Aberfoyle mine. From the outset, mysterious happenings start to occur around the main characters, attributed initially to goblins and firemaidens.
(10358 views)

A Princess of Mars
by Edgar Rice Burroughs - Grosset & Dunlap
This is a wonderful scientific romance, early science fiction melded with an epic dose of romantic adventure. A Princess of Mars is the adventure of John Carter, a Civil War veteran who unexpectedly find himself transplanted to the planet Mars.
(5992 views)

The Wondersmith
by Fitz James O'Brien
O'Brien's work is often considered a forerunner of today's science fiction. The Wonder Smith is an early predecessor of robot rebellion, where toys possessed by evil spirits are transformed into living automatons who turns against their creators.
(3969 views)