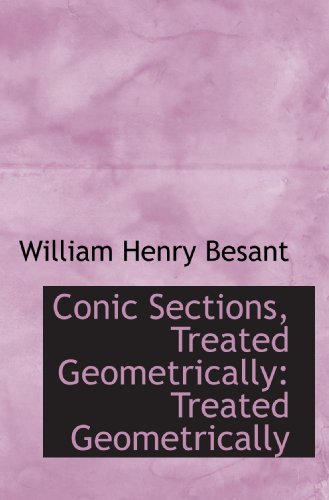 Description:
In the present Treatise the Conic Sections are defined with reference to a focus and directrix, and I have endeavoured to place before the student the most important properties of those curves, deduced, as closely as possible, from the definition.

Euclid's Elements
by D.E.Joyce
Online edition of Euclid's Elements, one of the most beautiful and influential works of science in the history of humankind. The text of all 13 Books is complete, and all of the figures are illustrated using a Java applet called the Geometry Applet.
(15771 views)

Euclid and His Twentieth Century Rivals
by Nathaniel Miller
Miller discusses the history of diagrams in Euclidean Geometry, develops a formal system for working with them, and concludes that they can be used rigorously. Miller also introduces a diagrammatic computer proof system, based on this formal system.
(3430 views)