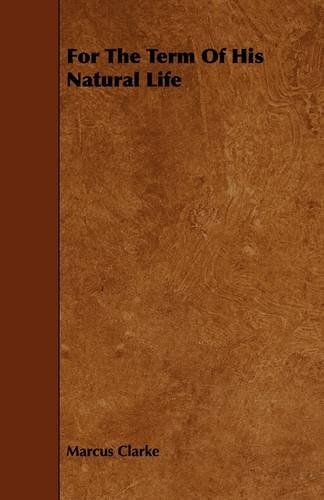 For The Term Of His Natural Life
by Marcus Clarke

Description:
Forced to conceal his identity and forego his inheritance, Rufus Dawes is unjustly implicated in his father’s murder, convicted of theft and sentenced to be transported to Australia, where he encounters the brutality of the penal system. First published as a novel in 1874, this is an Australian classic, a tale of inhumanity and suffering during Australia's early colonial history.

Doppelgaenger
by Henry T. Smith - Henry T Smith Productions
The story of the men of the Reichssicherheitsdienst, the doubles, and the doctor, who moved in the highest government circles as they carried out their duty: preserving Adolf Hitler's life, knowing that the price of failure could be their own death.
(13706 views)

Hell Comes on the Wind
by Antony E. Bradbury
Two young Frenchmen have their livelyhood decimated by the Normans in a cross border raid. The two Frenchmen, Alan and Philipe Domfront, have no alternative but to seek work for the Normans. On their journey to Cean, they have a shocking adventure.
(7304 views)

The Sorceress of Rome
by Nathan Gallizier - L.C. Page & Company
The darkness of the tenth century is dissipated by no contemporary historian. Monkish chronicles alone shed a faint light over the chaos of the Italian world. The seat of empire had shifted from the banks of the Tiber to the shores of the Bosporus.
(5769 views)

War
by Pierre Loti - J. B. Lippincott Company
One evening a train full of Belgian refugees had just entered the railway station of one of our southern towns. Worn out and dazed, the poor martyrs stepped down slowly, one by one, on to the platform where Frenchmen were waiting to welcome them.
(7520 views)