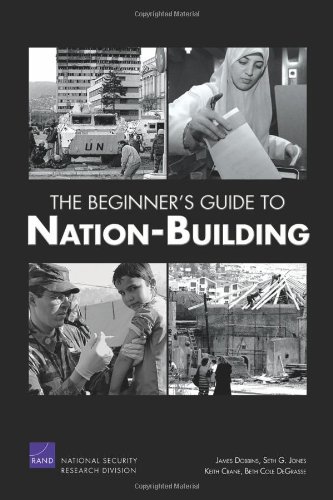 The Beginner's Guide to Nation-Building
by James Dobbins

Description:
This guidebook is designed as a contribution to future nation-building efforts. It is organized around the components that make up any nation-building mission: planning, military and police contingents, civil administrators, humanitarian and relief efforts, governance, economic stabilization, democratization, and infrastructure development.

The Federal Mafia
by Irwin Schiff - Freedom Books
The Federal Mafia exposes every facet of the government's illegal enforcement of the income tax - and will convince you that Organized Crime in America begins with The Federal Government. The government doesn't want you to know what's in this book.
(15156 views)

Drug Crazy
by Mike Gray - Libertary
This book is a scathing indictment of America's decades-long 'war on drugs', an expensive and hypocritical folly which has essentially benefited only two classes of people: professional anti-drug advocates and drug lords.
(11411 views)

Punishment: Theory and Practice
by Mark Tunick - University of California Press
What actions should be punished? Should plea-bargaining be allowed? How should sentencing be determined? In this original, penetrating study, Mark Tunick explores not only why society punishes wrongdoing, but also how it implements punishment.
(11636 views)

Delusions of Grandeur: The United Nations and Global Intervention
by Ted Galen Carpenter (ed.) - Cato Institute
The authors assess the UN's performance on a range of issues, offering both hope for the organization's potential as a modest diplomatic forum and a cautionary tale to those who contemplate entrusting the organization with an overly ambitious agenda.
(3577 views)