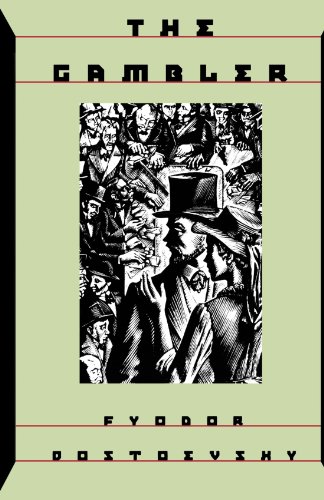 The Gambler
by Fyodor Dostoyevsky

Description:
The Gambler brilliantly captures the strangely powerful compulsion to bet that Dostoyevsky, himself a compulsive gambler, knew so well. The hero rides an emotional roller coaster between exhilaration and despair, and secondary characters such as the Grandmother, who throws much of her fortune away at the gaming tables, are unforgettable.

The Possessed
by Fyodor Dostoyevsky
One of Dostoyevsky's most famous novels, this 1872 work utilizes five main characters and their ideas to describe the political chaos of Imperial Russia in the nineteenth century. Based on an actual event involving the murder of a revolutionary.
(7395 views)

A Raw Youth
by Fyodor Dostoyevsky - Heinemann
Arkady is a young man whose legal father is a man he doesn't know and his biological father, Versilov, is someone he doesn't know how to deal with. Arkady ends up getting a very important document that many people want from him ...
(7187 views)

The Brothers Karamazov
by Fyodor Dostoyevsky - The Lowell Press
The final novel by Dostoyevsky. It is the story of Fyodor Karamazov and his sons. It is also a story of patricide, into the sordid unfolding of which Dostoyevsky introduces a love-hate struggle with profound psychological and spiritual implications.
(6810 views)