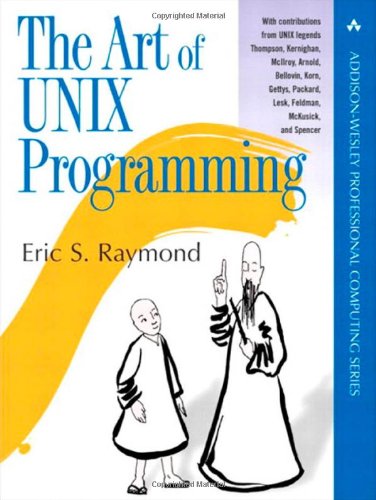 The Art of UNIX Programming
by Eric S. Raymond

Description:
Topics covered: Why Unix (the term being defined to include Linux) is the way it is, and the people who made it that way. Commentary from Ken Thompson, Steve Johnson, Brian Kernighan, and David Korn enables readers to understand the thought processes of the creators of Unix.

C-shell Cookbook
by Malcolm J. Currie - Starlink Project
This cookbook describes the fundamentals of writing scripts using the UNIX C shell. It shows how to combine Starlink and private applications with shell commands and constructs to create powerful and time-saving tools for performing repetitive jobs.
(10076 views)

Motif Programming Manual
by Dan Heller, Paula Ferguson, David Brennan - Imperial Software Technology
The Motif Programming Manual is a source for complete, accurate, and insightful guidance on Motif application programming. There is no other book that covers the ground as thoroughly or as well as this one. The book has been updated to Motif 1.2.
(9289 views)

Porting UNIX Software
by Greg Lehey - O'Reilly
The book deals with the whole life cycle of porting, from setting up a source tree on your system to correcting platform differences. It discusses the differences between versions of UNIX and the areas where porters tend to have problems.
(10356 views)