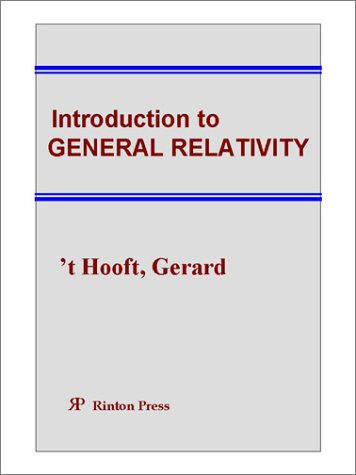 Description:
This book presents, in a natural and beautiful way, the general relativity as a scheme for describing the gravitational field and the equations it obeys. Starting from physical motivations, curved coordinates are introduced, and then the notion of an affine connection field is added. At a later step, the metric field is added. One then sees clearly how space and time get more and more structure, until finally Einstein's field equations logically come out.

The Mathematical Theory of Relativity
by Arthur Stanley Eddington - Cambridge University Press
Sir Arthur Eddington here formulates mathematically his conception of the world of physics derived from the theory of relativity. The argument is developed in a form which throws light on the origin and significance of the great laws of physics.
(2342 views)

Gravitational Waves
by Alessandra Buonanno - arXiv
Gravitational-wave (GW) science has entered a new era. Theoretically, the last years have been characterized by numerous major advances. These lectures are envisioned to be an introductory, basic course in gravitational-wave physics.
(8754 views)

General Covariance and the Foundations of General Relativity
by John D Norton - University of Pittsburgh
This text reviews the development of Einstein's thought on general covariance (the fundamental physical principle of GTR), its relation to the foundations of general relativity and the evolution of the continuing debate over his viewpoint.
(6976 views)

Recent Developments in Gravitational Collapse and Spacetime Singularities
by Pankaj S. Joshi, Daniele Malafarina - arXiv
The research of recent years has provided considerable clarity and insight on stellar collapse, black holes and the nature and structure of spacetime singularities. In this text, the authors discuss several of these developments here.
(7618 views)