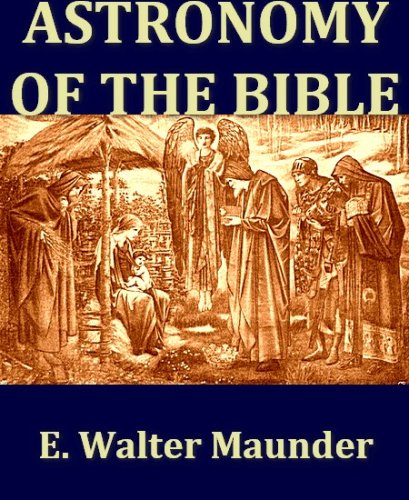 The Astronomy of the Bible
by E. Walter Maunder

Description:
Why should an astronomer write a commentary on the Bible? Because commentators as a rule are not astronomers, and therefore either pass over the astronomical allusions of Scripture in silence, or else annotate them in a way which, from a scientific point of view, leaves much to be desired.

Astronomical Discovery
by Herbert Hall Turner - E. Arnold
The aim of the following pages is to illustrate the variety in character of astronomical discoveries. An attempt has indeed been made to arrange the examples into a rough sequence according to the amount of chance associated with the discovery.
(12394 views)

The world according to the Hubble Space Telescope
by Mario Livio - arXiv.org
This review presents a brief summary of a few of the highlights of HST discoveries, discusses their physical implications, and identifies unsolved problems. A broad range of topics is covered, from our own solar system to cosmology.
(16348 views)

Pioneers of Science
by Oliver Lodge - Macmillan and co
A collection of 28 lectures on the history and progress of astronomy: Copernicus and the motion of the Earth; Tycho Brahe and his observatory; Kepler and the laws of planetary motion; Galileo and the invention of the telescope; Isaac Newton; etc.
(10032 views)

Short History of Astronomy
by Arthur Berry - John Murray
The author gives an outline of the history of astronomy from the earliest historical times to the nineteenth century, and presents it in a form which is intelligible to a reader who has no special knowledge of either astronomy or mathematics.
(11755 views)