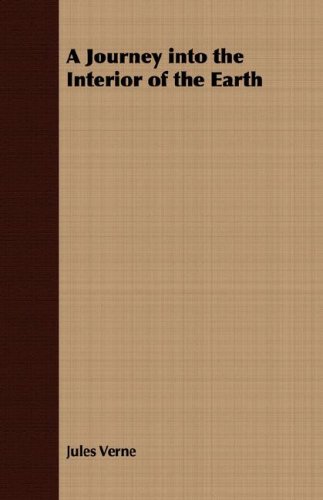 A Journey into the Interior of the Earth
by Jules Verne

Description:
Jules Verne's classic science fiction adventure about Professor Liedenbrock and his nephew Axel who discover an ancient document written by an Icelandic adventurer who went to the center of the earth many years before. Being the ever-ardent discoverer and scientist, Professor Liedenbrock immediately sets off to Iceland, taking Axel along with him. Together with their guide, Hans, they enter the weird and wonderful world deep beneath the surface of the earth.

The Poison Belt
by Arthur Conan Doyle
Professor Challenger, his wife, journalist Malone and adventurer Roxton have gathered with oxygen canisters to watch the final hours of the world. As a poisonous miasma apparently asphyxiates the human race, Malone feverishly writes his copy.
(7784 views)

Five Thousand Miles Underground
by Roy Rockwood - ManyBooks
What does an enterprising inventor do to follow up the marvelous dirigible-ship Monarch? Cobble it together into an astounding vessel that travels on both air and sea, and then head more than twenty thousand leagues under the Earth!
(3820 views)

The Wondersmith
by Fitz James O'Brien
O'Brien's work is often considered a forerunner of today's science fiction. The Wonder Smith is an early predecessor of robot rebellion, where toys possessed by evil spirits are transformed into living automatons who turns against their creators.
(3899 views)

The Underground City
by Jules Verne - Project Gutenberg
Receiving a letter from an old colleague, mining engineer James Starr sets off for the old Aberfoyle mine. From the outset, mysterious happenings start to occur around the main characters, attributed initially to goblins and firemaidens.
(10275 views)