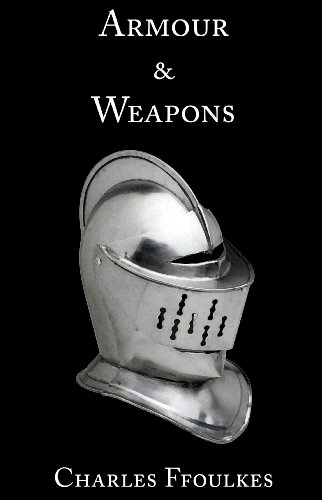 Description:
With an immense amount of information condensed into a compact book, Armour and Weapons provides a clear presentation of the history of personal military protection for people and horses from chain mail to highly ornamental costumes. Illustrated with the author's excellent, detailed line drawings and photographs, the book is designed to serve as both a means of studying the history of armor and its associated weapons and as a short guide to the craft of the armorer.

Within Limits: The U.S. Air Force and the Korean War
by Wayne Thompson, Bernard C. Nalty - Air Force History and Museums
Despite American success in preventing the conquest of South Korea by communist North Korea, the Korean War of 1950 - 1953 did not satisfy Americans who expected the kind of total victory they had experienced in World War II ...
(5484 views)

Dogface Soldiers
by Marco Büchl - Böhlau
Dogface Soldiers is an interdisciplinary and image centered cultural history of the Army of the United States' infantry riflemen in the European Theaters of Operations of WWII. Its methods transcend the boundaries of conventional historiography ...
(4863 views)

Elements of Military Art and Science
by Henry Wager Halleck - D. Appleton & co
This is a work on Military tactics from an American Civil War General renowned for his cautiousness and belief in thorough preparations and defensiveness over quick, aggressive action. Adapted to the use of volunteers and militia.
(9790 views)

Inside War
by Fabio Armao - De Gruyter Open
Inside War argues that XXI century wars are products of the blurring of the public-private divide, induced by the end of the Cold War. Also, internal and external factors are blurred and the border between war and crime is becoming ever more elusive.
(4133 views)