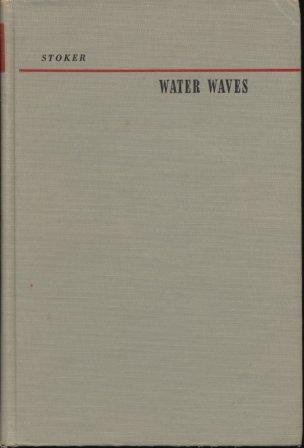 Description:
Offers an integrated account of the mathematical hypothesis of wave motion in liquids with a free surface, subjected to gravitational and other forces. Uses both potential and linear wave equation theories, together with applications such as the Laplace and Fourier transform methods, conformal mapping and complex variable techniques in general or integral equations, methods employing a Green's function.

Elementary Physics II: Oscillations, Waves
by Satindar Bhagat - Bookboon
We begin by discussing waves in matter - sound being a special case. To understand the nature of light we begin by introducing Electric and Magnetic fields and build the relationships which develop into the Maxwell's Electromagnetic Field Equations.
(4720 views)

Waves
by C. A. Coulson - Oliver And Boyd
The object of this book is to consider from an elementary standpoint as many different types of wave motion as possible. In almost every case the fundamental problem is the same, since it consists in solving the standard equation of wave motion.
(10132 views)

The Physics of Ocean Waves
by Michael Twardos - SurfLibrary.org
This text is intended to be a general but comprehensive overview on physical phenomena associated with the marine environment. The author provides his own perspective on this field from his particular experiences and training.
(5418 views)