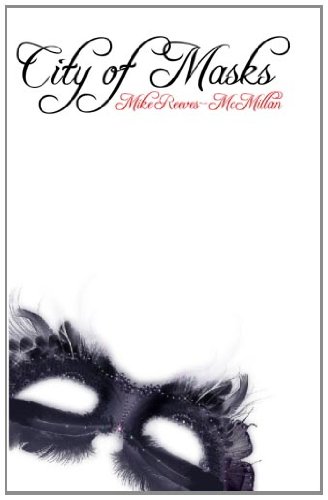 City Of Masks
by Mike Reeves-Mcmillan

Description:
City of Masks is a swashbuckling adventure in a setting reminiscent of Shakespeare's Italy. In the city-state of Bonvidaeo, by custom and law everyone must wear a mask and act in character with it, or face civil, social and religious penalties. Gregorius Bass is sent to Bonvidaeo as the Envoy of Calaria, primarily to get him out from underfoot. Masked as the Innocent Man, and in the company of his radical young Bonvidaoan servant, Bass stumbles into mystery, intrigue, heresy and murder.

Northern Diamonds
by Frank Lillie Pollock - The Riverside Press Cambridge
They awoke from uneasy slumbers to find the train rushing through a desolate landscape of snowy spruces. Through the frosted double glass of the windows the morning looked clear and cold, and glimpses of rivers and lakes showed clear, shining ice.
(7057 views)

Treasure of Kings
by Charles Gilson - Boy's Own Paper
Eagerly, with hands that trembled somewhat, I studied the map. It will be remembered that the portion had been torn across the place where was marked the Temple of Cahazaxa. Upon the fragment that had come into my hands by so strange a chance...
(7096 views)

The Swiss Family Robinson
by Jean Rudolph Wyss - Rand McNally & Company
Swept off course by a storm, a Swiss pastor, his wife, and four sons are shipwrecked on an uncharted tropical island. Thus begins the classic story of survival and adventure that has fired the imaginations of readers since it first appeared in 1812.
(10772 views)

The Man Who Lost Himself
by Henry de Vere Stacpoole - John Lane Co.
John Evans encounters his look alike, Malcolm Scott. When Scott is killed in an accident, Evans finds himself mistaken for Scott and decides to do some good in his new role... A novel with twists, turns, mystery and a sense of adventure.
(5633 views)