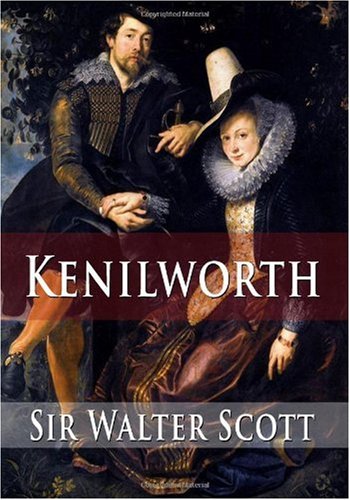 Description:
Scott's magnificent novel recreates the drama and the strange mixture of assurance and profound unease of the age of Elizabeth through the story of Amy Robsart. A woman of great beauty and integrity, Amy is married to the Earl of Leicester, one of the queen's favorites, who must keep his marriage secret or else incur royal displeasure. Rich in character, melodrama, and romance, Kenilworth is rivaled only by the great Elizabethan dramas.

Saint Ronan's Well
by Walter Scott - J.M. Dent
Set in Scotland, at the beginning of the 19th century, Scott's story turns its back upon the wars waging on the world's stage and presents a regency comedy. Meg Dodd, a sentimental virago, keeps a run-down inn in a derelict Tweedale village ...
(5297 views)

Redgauntlet
by Walter Scott
Scott's 1824 Redgauntlet is the final novel in his series about the doomed Jacobite cause. This warm and wonderfully relaxed novel celebrating, among other things, friendship, is also a penetrating psychological study of attachment to a lost cause.
(6829 views)

Peveril of the Peak
by Walter Scott - George Routledge
Ranging from Derbyshire to the Isle of Man and culminating in London, this novel interweaves political intrigue, personal responsibilities and the ways in which the forces of history are played out in the struggles of individual human lives.
(6930 views)

The Antiquary
by Sir Walter Scott - Estes and Lauriat
The Antiquary, Scott's personal favorite among his novels, is characteristically wry and urbane. It deals with the problem of how to understand the past so as to enable the future. Set in the tense times of the wars with revolutionary France.
(6936 views)