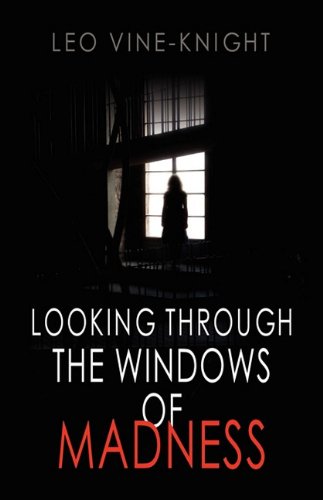 Looking Through The Windows of Madness
by Leo Vine-Knight

Description:
Steven is a psychiatric nurse with an attitude problem, as well as one or two embarrassing secrets. Close to burn out, he struggles through a maze of flashbacks, rebellious impulses and mind-numbing events, gradually revealing a story of insidious madness. Not just a story, but also a heartfelt critique of modern values - seen through the comic lens of a professional on the brink.

Mad Boys
by Ernest Hebert - University Press of New England
A darkly comic novel of a boy's picaresque adventure through a surreal American landscape. Hebert offers a satiric road story of a 13-year-old's journey through an America where image has replaced substance, and appearance has become reality.
(6363 views)

The Prodigals
by Frank Burton - Philistine Press
The Prodigals follows the lives of four troubled young men in Manchester and the novel's anti-hero, Travis McGuiggan. It's a book about friendship, religion, drinking, cruelty and love. It's also a book about leaving home and returning.
(6614 views)

Life, Love, and a Polar Bear Tattoo
by Heather Wardell - Feedbooks
When Candice's in-laws were killed eight months ago, she lost more than just two of her favorite people: she lost her husband Ian as well. After only two years of marriage, their guilt and pain have left them living together but apart ...
(6862 views)

The Octopus: A Story Of California
by Frank Norris - Doubleday
This is a turn-of-the-century epic of California wheat farmers struggling against the rapacity of the Pacific and Southwestern Railroad, which will stop at nothing to extend its domination. This is the story of the waning days of the frontier West.
(8743 views)