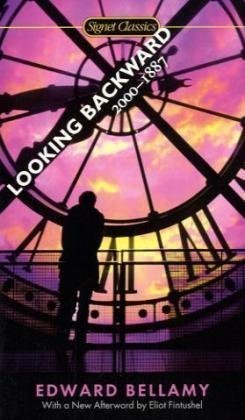 Description:
One of the greatest and most widely read of the utopian novels. It is the story of a young gentleman from Boston who mysteriously wakes from a sleep of over a hundred years to find himself transplanted to a utopian futuristic world. This future world is one of prosperity, cooperation, and harmony. Edward Bellamy's classic novel inspired a rebirth of the utopian novel genre and has been an inspiration to the many forward-looking thinkers who have read it.

2066
by Peter A. Brandt - Smashwords
Simon Camp was never thrilled about living underground during this ice age but when the old shaman came to town and instructed him to take a journey on the earth's surface to find his daughter, Simon knew his life would change forever.
(6766 views)

Avoiding Space Madness
by Leslie K Ernest - Smashwords
As Darwin explores, he encounters a variety of aliens, a large pink bunny, a morally flexible politician, and a mysterious goddess who haunts his dreams and wants to discuss his fear of death. Darwin may even be falling in love ...
(6026 views)

Eye of the Ocean
by Laurel Hickey - 2morrow press
A sci-fi/fantasy novel trilogy. Thirty-five years ago, the Empress Cassa did 'something' and turned a good chuck of the palace - and herself - to granite. Of course, nobody thinks she's really dead. And nobody thinks she's still quite human either.
(10767 views)

Axiom-man [Audio Book]
by A.P. Fuchs - Coscom Entertainment
One night Gabriel Garrison was visited by a nameless messenger who bestowed upon him great power, a power intended for good. Once discovering what this power was, Gabriel became Axiom-man, a symbol of hope in a city that had none.
(9699 views)