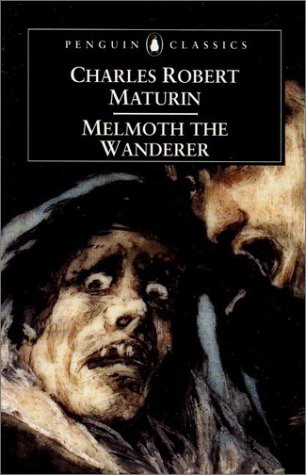 Melmoth the Wanderer
by Charles Maturin

Description:
Part Faust, part Mephistopheles, Melmoth has made a satanic bargain for immortality. Now he wanders the earth, an outsider with an eerie, tortured existence, searching for someone who will take on his contract and release him to die a natural death.

Lunar Light
by Penelope Fletcher - BookRix
Monsters should not walk the daylight, they should cower in the dark. When the full moon haunts the sky, Evangeline prowls the dark as a Wendigo; a mix of human and beast. The night an injured outcast falls into her claws she must defy her keeper...
(5933 views)

The Blood of Judas
by Walt Sautter
The Blood of Judas is a blend of religion, adventure, revenge and horror which takes place in Nazi Germany. Elda, a Jewish woman, begins a relationship with a strange admirer, Anton. They are later swept up into the Holocaust.
(5732 views)

No Further Messages
by Brett Savory - Bibliotastic.com
21 hard-hitting horror short stories. The subjects are not supernatural but deal instead with the more worldly evils of murder, violence, insanity, and torture. Some readers may be upset by the extreme violence in some of the stories.
(7754 views)

Zastrozzi
by Percy Bysshe Shelley - George Wilkie and John Robinson
The first of Shelley's two early Gothic prose romances. This sensationalist novel presents some of Shelley's earliest thoughts on irresponsible self-indulgence and revenge, and offers remarkable insight into an imagination that is strikingly modern.
(3113 views)