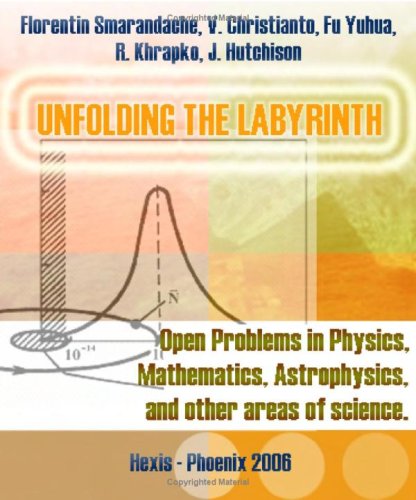 Description:
Throughout this book, we discuss some open problems in various branches of science, including mathematics, theoretical physics, astrophysics, geophysics etc. It is of our hope that some of the problems discussed in this book will find their place either in theoretical exploration or further experiments, while some parts of these problems may be found useful for scholarly stimulation.

What is Motion
by Boris Dmitriev - QuantaOfMotion.com
The author created the universal theory of motion meeting the requirements of natural science that continuously grow. A reader is supposed to have sufficient knowledge of general problems of modern physics to comprehensively read this study.
(23082 views)

The New Physics and Its Evolution
by Lucien Poincare - D. Appleton and Company
This book, while avoiding purely technical details, tries to make known the general results at which physicists have lately arrived, and indicates the direction and import which should be ascribed to those speculations on the constitution of matter.
(17404 views)