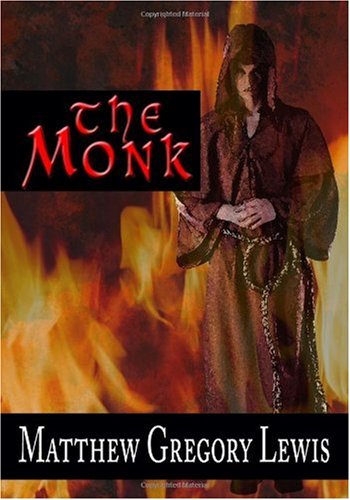 The Monk
by Matthew Lewis

Description:
Ambrosio, a pious, well-respected monk in Spain, is lustfully tempted by his pupil, Matilda, a woman who has disguised herself as a monk. Having satisfied himself with her, he is overcome with carnal desire for the innocent Antonia. With the help of Matilda, who is actually Satan in disguise, Ambrosio seduces Antonia, a seduction that would ultimately lead to his downfall. Recognized as one of the first novels of the gothic genre.

Brewster's Millions
by Richard Greaves - Herbert S. Stone & Co.
The book is a 306 page story of how a person in the 1900's spends a million dollar inheritance so that he might receive an inheritance of multiple millions. The twist of families in disagreement with each other spurs this quagmire.
(6236 views)

Through the Looking-Glass
by Lewis Carroll - The Hayes Lithographic Co.
The sequel to Alice's Adventures in Wonderland: follow Alice as she steps through a mirror into a strange looking-glass House. She solves the silly mystery of the Jabberwocky, meets Tweedledum and Tweedledee, the Carpenter, and Humpty Dumpty.
(13122 views)

The Romance of the Forest
by Ann Radcliffe - T. Richardson
The story of a persecuted girl who is delivered from one person to another who are compelled by different motives to decide her destiny. Her beauty attracts many to her, but only one wins her love and proves worthy of it by his noble actions.
(7926 views)