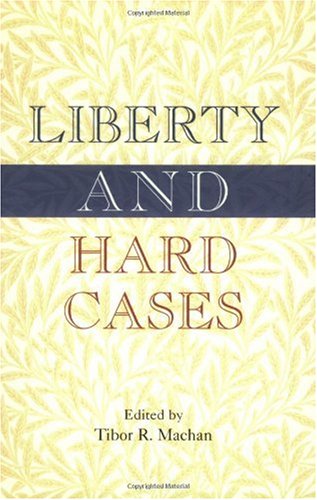 Description:
This volume explores whether government action is in fact indispensable in the face of natural calamities -- earthquakes, floods, and the like -- and what might be done to restrain the expansion of the scope of governmental power if emergency circumstances warrant intervention.

The End of Loser Liberalism: Making Markets Progressive
by Dean Baker - Center for Economic and Policy Research
Progressives need a fundamentally new approach to politics. They have been losing not just because conservatives have so much more money and power, but also because they have accepted the conservatives' framing of political debates...
(4582 views)

Corruption and Anti-Corruption
by Peter Larmour, Nick Wolanin - Asia Pacific Press
The book deals with the international dimensions of corruption, including campaigns to recover assets of former dictators, and the links between corruption, transnational and economic crime. It deals with corruption as an issue in political theory.
(7636 views)

America at Century's End
by Alan Wolfe - University of California Press
This book presents twenty-two sociological essays which form a surprising portrait of America in the throes of change. Michael Schudson's chapter on the media and Bart Landry's piece on racism provide the high points of the collection.
(11174 views)