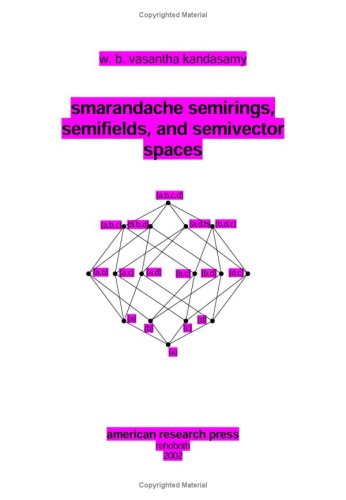 A Treatise on the Theory of Invariants
by Oliver E. Glenn - Project Gutenberg
The object of this book is to present in a volume of medium size the fundamental principles and processes and a few of the multitudinous applications of invariant theory, with emphasis upon both the nonsymbolical and the symbolical method.
(8383 views)

Clifford Algebra, Geometric Algebra, and Applications
by Douglas Lundholm, Lars Svensson - arXiv
These are lecture notes for a course on the theory of Clifford algebras. The various applications include vector space and projective geometry, orthogonal maps and spinors, normed division algebras, as well as simplicial complexes and graph theory.
(10870 views)

Algebraic Logic
by H. Andreka, I. Nemeti, I. Sain
Part I of the book studies algebras which are relevant to logic. Part II deals with the methodology of solving logic problems by (i) translating them to algebra, (ii) solving the algebraic problem, and (iii) translating the result back to logic.
(13097 views)