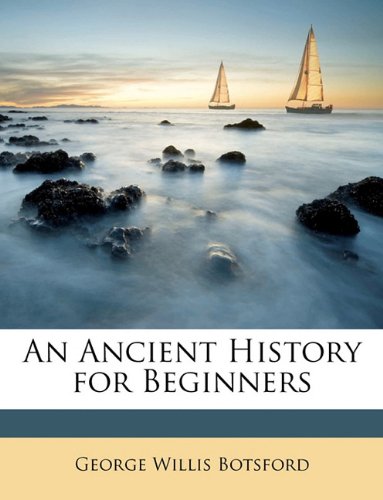 An Ancient History for Beginners
by George Willis Botsford

Description:
This book aims to present Ancient History as a unit, comprising three closely related parts, the Orient, Greece, and Rome. It is adapted to beginning classes in the high school, and furnishes material for a year's work. This volume is for those who need a brief and elementary treatment of ancient times.

The Cambridge Ancient History
by J. B. Bury - Cambridge University Press
Designed as the first part of a continuous history of European peoples. Starting with the remote and dim beginnings, the Ancient History will go down to the victory of Constantine the Great, the point at which the Medieval takes up the story.
(10690 views)

The Religion of Babylonia and Assyria
by Theophilus G. Pinches - Archard Constable and Co.
The religion of the Babylonians and Assyrians was the polytheistic faith professed by the peoples inhabiting the Tigris and Euphrates valleys from the dawn of history until the Christian era began, the period covered is about 5000 years.
(15411 views)