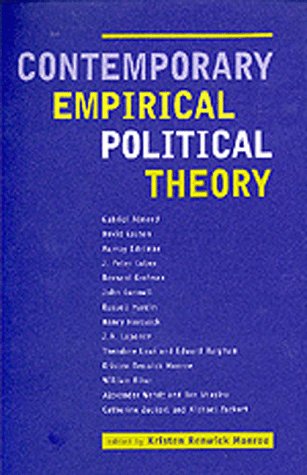 Description:
How can we best understand the major debates and recent movements in contemporary empirical political theory? In this volume, the contributors present their views of the central core, methodologies and development of empirical political science. Their disparate views of the unifying themes of the discipline reflect different theoretical orientations, from behavioralism to rational choice, cultural theory to postmodernism, and feminism to Marxism.

The Decline of American Capitalism
by Lewis Corey - Covici, Friede
The depression which set in after 1929 was the worst economic disaster in American history. It was aggravated by the acute world crisis, a major catastrophe of capitalism. The revival, because of its speculative character, did not lead to recovery.
(8105 views)

The Dropping of the Atomic Bomb: Truman's True Intentions
by Dominick Abel Severance - Christendom College
Truman’s true intention was to use the destruction of a Japanese city to shock the world and manipulate the horror and destructive power of the bomb to create fear in the international community to ensure the security of American political interests.
(13164 views)

On Civic Republicanism
by Geoffrey Kellow, Neven Leddy - University of Toronto Press
A testament to the continuing influence of the concept and the ongoing scholarly debate which surrounds it, 'On Civic Republicanism' addresses fundamental questions regarding democratic participation, liberal democracy, and the public good.
(1916 views)