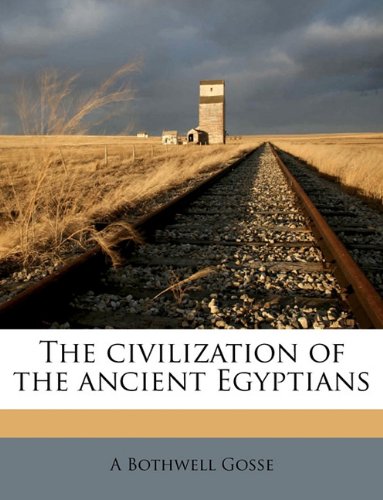 The Civilization of the Ancient Egyptians
by A. Bothwell Gosse

Description:
The most notable quality of the Egyptian civilization is its permanent character. Instead of lasting only a few hundred years, it endures for thousands ; and whereas in other countries the entire evolution of the civilization can be traced from its primitive beginnings, through infancy, maturity, old age and death, in Egypt there appears to be no beginning, the civilization apparently starts mature ; and although within it there are minor cycles of decline and renaissance, still the initial starting-point has not been found.

Ancient Egypt
by George Rawlinson - T. Fisher Unwin
In shape Egypt is like a lily with a crooked stem. A broad blossom terminates it at its upper end; a button of a bud projects from the stalk a little below the blossom. The broad blossom is the Delta, extending a direct distance of 180 miles.
(9727 views)

UCLA Encyclopedia of Egyptology
- eScholarship
Egyptology studies the history, practices, and conceptual categories of a culture that was prolific in terms of texts, art, architecture, and other forms of material culture. The peer-reviewed articles are written by the world's leading scholars.
(7567 views)

Cleopatra: A Study
by Henry Houssaye - Duprat & Co.
For twenty years she maintained the independence of Egypt. It was done by mere womanly means -- intrigue, gallantry, grace, and weakness. If her renown is immortal, it is because she is the heroine of the most dramatic love-story of antiquity.
(3947 views)

Hatshepsut: From Queen to Pharaoh
by Catharine Roehrig (ed.) - Yale University Press
Leading Egyptologists investigate the circumstances that allowed or compelled Hatshepsut to become king; the relationship between Hatshepsut and Thutmose III during their joint reign; powerful figures in the royal court, particularly Senenmut; etc.
(4605 views)