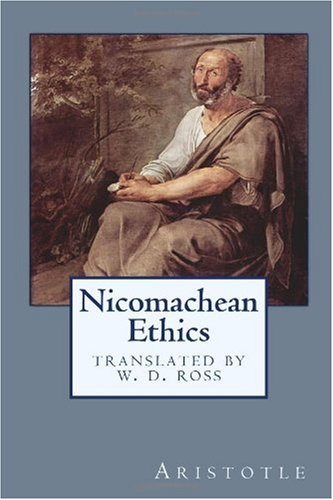 Description:
Nicomachean Ethics is the name normally given to the most well-known work by Aristotle on virtue and moral character. It plays a prominent role in defining Aristotelian ethics. It consists of ten books based on notes said to be from his lectures at the Lyceum which were either edited by or dedicated to Aristotle's son, Nicomachus.

The Ethics
by Benedict de Spinoza - D. Van Nostrand
Spinoza uses the methods of Euclid to describe a single entity, properly called both 'God' and 'Nature'. From this follow the identity of mind and body, the necessary causation of events and actions, and the illusory nature of free will.
(9831 views)

Fundamental Principles of the Metaphysic of Morals
by Immanuel Kant
How should human beings behave toward one another? How must we behave? One of the most influential thinkers of the Western civilization, Immanuel Kant elaborates upon and defends his understanding of the logical underpinnings of all human morality.
(12266 views)

The Possibility of Practical Reason
by J. David Velleman - University of Michigan Library
The Possibility of Practical Reason explores the foundational questions of moral psychology: How can any of our behavior qualify as acting for a reason? David Velleman argues that both possibilities depend on there being a constitutive aim of action.
(3815 views)