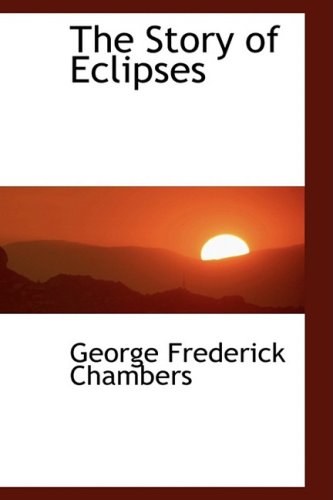 The Story of Eclipses
by George F. Chambers

Description:
The immediate aim of this book was the unambitious one of presenting in a readable, yet soundly scientific, language a popular account of eclipses of the Sun and Moon, and very briefly of certain kindred astronomical phenomena which depend upon causes in some degree similar to those which operate in connection with eclipses.

The Planet Mars: A History of Observation and Discovery
by William Sheehan - University of Arizona Press
Sheehan offers an accessible history of the men who collected data about Mars and interpreted it. The central story is the coherent and compelling narrative of Giovanni Schiaparelli, Percival Lowell and the description of the 'canals' of Mars.
(8966 views)

Voyager 1 and 2: Atlas of Six Saturnian Satellites
by Raymond M. Batson - NASA
Published in 1984 after several years of photographic analysis, this book presents maps of the six Saturnian moons which were investigated by the Voyager 1 and 2 spacecraft during their flyby missions of Saturn in 1980 and 1981, respectively.
(10856 views)

Basaltic Volcanism on the Terrestrial Planets
- Pergamon Press
The theme of this book is the study of basaltic volcanism on the terrestrial planets as a stage in planetary evolution: to use the eruption of lava from the interior of a planet as evidence of the thermal and chemical processes of the planet.
(6531 views)

Vision and Voyages for Planetary Science in the Decade 2013-2022
- National Academy of Sciences
This book surveys the current state of knowledge of the solar system and recommends a suite of planetary science flagship missions for the decade 2013-2022 that could provide a steady stream of important new discoveries about the solar system.
(4975 views)