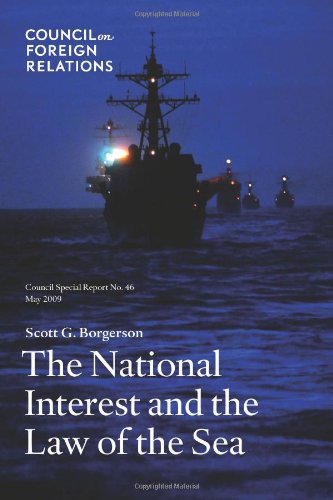 The National Interest and the Law of the Sea
by Scott G. Borgerson

Description:
Written by a leading expert on ocean governance, this report offers a fresh appraisal of the 1982 Convention on the Law of the Sea and pitfalls in light of the current geopolitical seascape and examines whether it is in U.S. strategic interests to now officially join the convention.

Where Have All the Emails Gone?
by David Gewirtz - ZATZ Publishing
Are you a conspiracy theorist? If you are, then this book is for you! Author David Gewirtz, has done an outstanding job of writing a book that offers insight into the White House security flaws that led to the recent missing of millions e-mails.
(8063 views)

Bagels, Barry Bonds, and Rotten Politicians
by Burton S. Blumert - Ludwig von Mises Institute
Burton Blumert is an entrepreneur who knows not only all that there is to know about precious metals but also about politics and economics. He offers his wide-ranging insights in this funny, charming, and also learned collection of essays.
(18557 views)

The Conservative Nanny State
by Dean Baker - ManyBooks
Economist Dean Baker debunks the myth that conservatives favor the market over government intervention. In fact, conservatives rely on a range of 'nanny state' policies that ensure the rich get richer while leaving most Americans worse off.
(7151 views)

The Betrayal of the American Right
by Murray N. Rothbard - Ludwig von Mises Institute
This book will change the way you look at American politics. It shows that the corruption of American 'conservatism' began long before George W. Bush ballooned the budget and asserted dictatorial rights over the country and the world.
(13672 views)