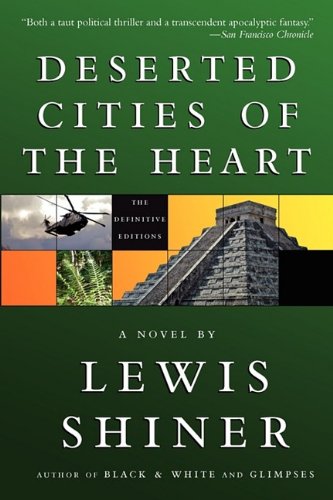 Deserted Cities of the Heart
by Lewis Shiner

Description:
An anthropologist and his alienated brother reunite in a Mexico torn apart by earthquakes and revolution to reenact an ancient Mayan myth of the end of the world in this surrealistic fantasy by the author of Frontera. Shiner captures the complexities of both modern and ancient reality in a story that should appeal to general as well as fantasy audiences.

Blood, Faith, and Steel
by Mike Dukk - Smashwords
As a questing cleric, Brady Theirot takes it upon himself to help right the wrongs of the world around him. For him and his adventuring companions, nothing ever seems to go as planned. Yet, Brady and his companions do not shy from the epic quest ...
(5414 views)

The Queen's Blade
by T C Southwell - Smashwords
A doomed kingdom, a young queen's sacrifice and a killer who will bring an empire to its knees... In a world where men share kindred with beasts, an ageless seer predicts a child who will end the war. One man is the instrument who will change fate.
(4711 views)

Scary Mary
by S.A. Hunter - Lulu.com
Online novel for teens about a high school girl who hears ghosts. Mary begins her junior year of high school without high expectations. As the resident school freak, she'd just like to be left alone, but a new student tries to befriend her.
(12061 views)