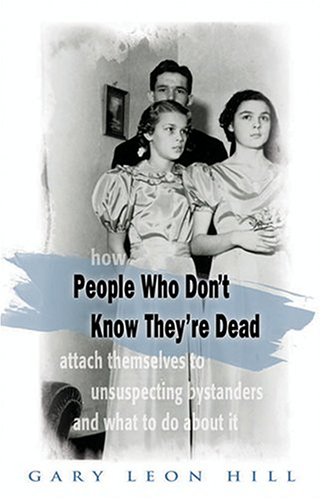 People Who Don't Know They're Dead
by Gary Leon Hill

Description:
Gary Leon Hill tells a family story of how his Uncle Wally and Aunt Ruth, Wally's sister, came to counsel dead spirits who took up residence in bodies that didn't belong to them. And in the telling, Hill elucidates much of what we know, or think we know, about life, death, consciousness, and the meaning of the universe.

Music and Spirituality
by Edward Foley - MDPI AG
Music is a virtually ubiquitous companion to religious and spiritual practices. The intangible, insubstantial nature of sound is one of the reasons why music has so effectively symbolized the mysterious and wholly other since the dawn of creation.
(4335 views)

How to Rescue Your Loved One from the Watchtower
by David A. Reed - CreateSpace
Each year thousands of husbands, wives, sons and daughters are converted by Jehovah's Witnesses through their so-called free home Bible study. This book tells exactly what to do to rescue them from the Jehovah's Witnesses.
(10377 views)

UFOs, Ghosts, and a Rising God: Debunking the Resurrection of Jesus
by Chris Hallquist
At the dawn of the 21st century, interest in the origins of Christianity is as strong as ever. Hallquist examines what investigations of similar upstart cults have revealed and applies these revelations to the origins of the world's largest religion.
(2050 views)